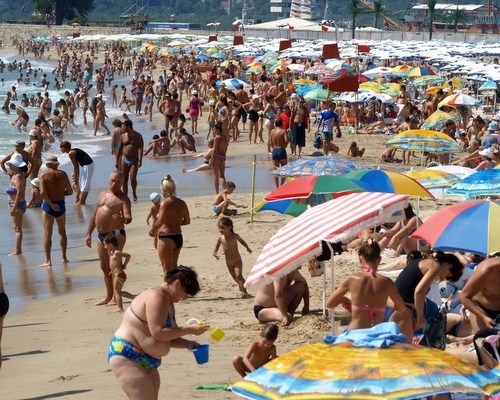 Bulgaria is in a battle for attracting tourists along the sea coast with Turkey, Greece, Cyprus, Croatia, Spain. Photo by BGNES

Bulgaria lacks the money and strategy to roll out an efficient advertising campaign, targeting the key for the sector German tourists.

This is the opinion of Manol Dimitrov, head of the information-tourism center with the Union of Investors in Tourism at Frankfurt am Main, Germany, who spoke to Novinite.com.

According to him up to 1996, when Bulgarian resorts were still state-owned, Bulgaria was represented at ten big international tourism fairs. It has participated at only three such fairs over the last three years, including the International Tourism Bourse in Berlin this year.

Meanwhile Bulgaria's rivals for tourists from the German market draw out long-term strategies about how to advertise their tourism sector, the allocated budgets spreading for four-five years ahead.

"Countries such as Greece, Turkey, Switzerland, Austria, Tunisia, Egypt and others hire big advertising companies in Germany, which know how to make the strongest impact on the final consumer. At times of crisis, such as the summer season of 2009, the focus is on prices, incentives for early bookings, massive online advertisements of cheap flights and bonuses," added Manol Dimitrov.