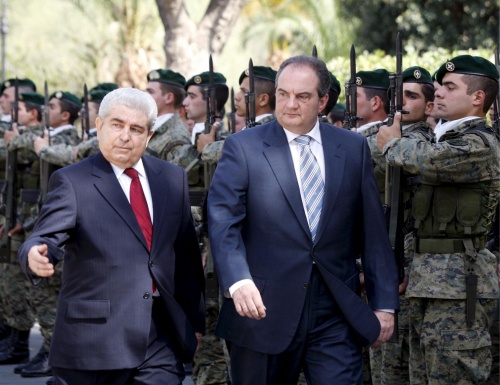 Greece and Cyprus have announced that they supported unconditionally Turkey's EU accession as long as their Balkan neighbor met all the necessary criteria.

The two states have pointed out, however, that Turkey needed to meet all EU conditions including those referring to the divided island of Cyprus, BGNES reported.

"We believe that a Turkey that would accept the European standards of behavior ... would be much better for its own citizens and for all of the EU", the Greek Prime Minister Constantinos Karamanlis is quoted as saying after his meeting with the President of Cyprus, Dimitris Christofias.

According to Karamanlis, Turkey has not made sufficient progress in all phases of the accession negotiations process but any such deficiencies are not basis for changing Greece's policy of support of Turkey's EU entry.

Karamanlis has stressed that Turkey's adaptation to EU's conditions was still not satisfactory but this did not affect Greece's overall strategy for supporting its Balkan neighbor for the EU.