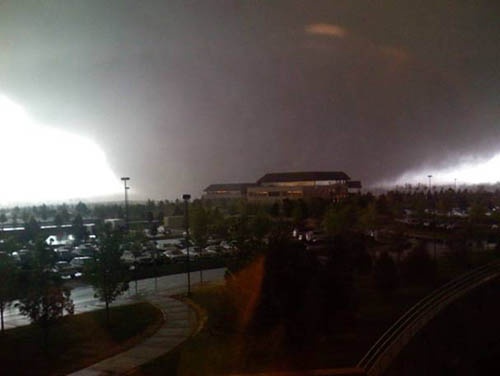 Emel Etem, Bulgaria's Minister of Emergency Situations will head a 13-person delegation to meet with US officials on Wednesday to discuss disaster preparation and response.

Etem and team will be welcomed in Windsor, Colarado to meet Mayor John Vazquez. The meeting will take place in the training room at Windsor Fire Station No. 1.

Following the meeting, the Bulgarian delegation will be given a tour of the neighborhoods struck by the May 22, 2008 tornado.

Windsor was hit by a mile-wide tornado around lunch time May 22, and one person died as the twister carved a swath of destruction through Weld County.

The tornado caused multiple crashes and multiple injuries on highways in Weld County.

Vazquez said state officials and FEMA selected Windsor as an example of a community that used all its resources in an effective way to recover quickly from the tornado.

"FEMA found it had a success story in Windsor," Vazquez said. "We told them earlier (this year) that if we can do anything to help just ask us. They have."

Vazquez said it is "really big to be recognized by an international delegation thanks to FEMA and the state. It's a pretty good honor."