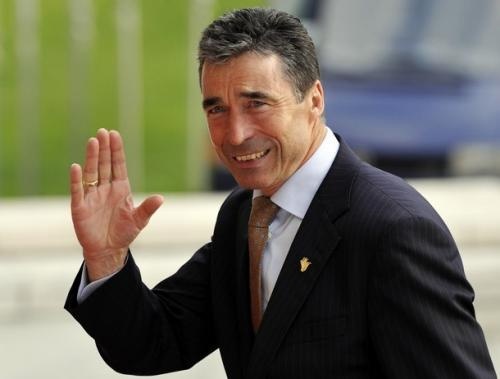 Denmark's Prime Minister Anders Fogh Rasmussen has officially declared his bid to become NATO's next secretary general, according to reports in the Danish press.

Jyllands-Posten newspaper cited diplomatic sources indicating that Rasmussen had made the move during a meeting of the alliance's ambassadors on Thursday evening and that only Turkey had opposed his bid.

Rasmussen, Denmark's premier since 2001, is already reported to have the backing of France, Germany and Britain, following a private agreement between the leaders of the four countries. The US is also believed to back Rasmussen to be the next secretary general of NATO.

The agreement leaves out Solomon Passy, Bulgaria's candidate to be the next Secretary-General of NATO. Passy is former foreign minister and current head of the parliamentary foreign affairs commission.