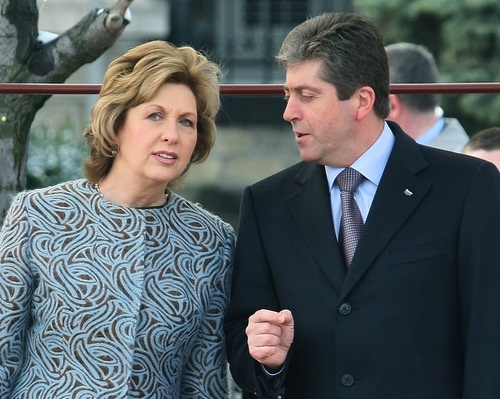 "The large number of Irish who visit Bulgaria are the natural bridge between our two countries because the contact between people is the most important thing, and it has been growing steadily in the recent years", President McAleese said during her meeting with Stanishev

The Prime Minister declared in turn that Bulgaria was learning from Ireland's experience, especially in the field of the absorption of EU funds.

President McAleese and PM Stanishev discussed the measures the countries are undertaking in order to tackle global financial crisis effects agreeing these should include a boost of European-wide and international partnership.

Both leaders were positive that energy security and the diversification of the energy sources should be a top priority for the EU.

Bulgaria's Prime Minister pointed out that the ratification of the Lisbon Treaty, which the Irish voters rejected in a June 2008 referendum, was extremely important for the functioning of the EU institution.

President McAleese declined to predict whether a second referendum in Ireland would pass the Lisbon Reform Treaty but thanked Bulgaria and the EU as a whole for allaying the misgivings of the Irish people over the Treaty.

On Thursday, Ireland's President will open a seminar entitled "Bulgaria and Ireland - European Partners" at Sofia University, and she will complete her visit to Bulgaria by traveling to the southern city of Plovdiv, and the Bachkovo Monastery.