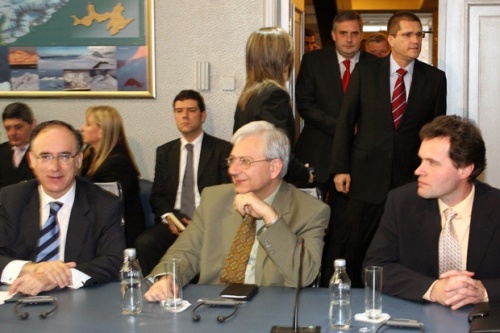 Kalfin, who is also Deputy Prime Minister, spoke Monday, during a briefing with Ambassadors of the countries who are members of the Alliance.

Lately more and more world leaders, including US President Barack Obama, as well as political experts voiced support for the idea to admit the two former Soviet republics as NATO members, Kalfin pointed out.

Bulgaria's top diplomat also informed the Ambassadors about some of Bulgaria's achievements since the country became a member of NATO, focusing on its participation in the military mission in Afghanistan. Kalfin said that the funds and the number of rangers slated by the country for Afghanistan were comparable with those of countries with much bigger resources.