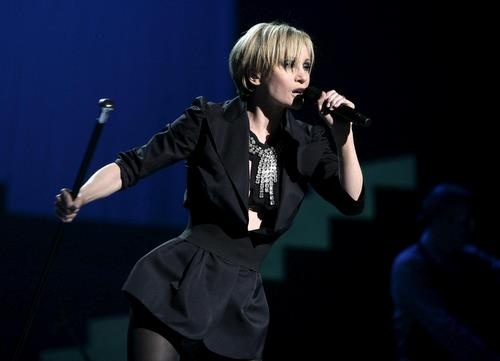 Famous French singer and actress Patricia Kaas will stage a concert in Bulgaria's capital Sofia on June 12 as part of her world tour.

The concert will feature some of her old hits, as well as tracks from "Kabaret", her new album.

Kaas, who was discovered in 1987 in a German cabaret where she had performed since she was 13, signed up with Polydor for her first 1988 album "Mademoiselle chante" before moving to Sony from 1990 to 2008.

"Kabaret" includes the song she chose for the Eurovision contest. It has been available on the Internet since December and will hit the store shelves March 30 under Universal's ULM/Mercury label.