Several thousand Bulgarian youngsters organized by the Anonymous hacktivists staged rallies in Sofia, Varna, and Blagoevgrad demanding an end to the rule of Prime Minister Boyko Borisov and the GERB party as well as a new political and social government model for Bulgaria. 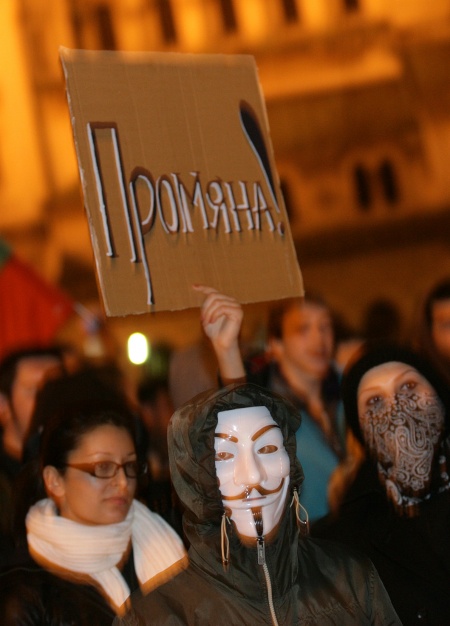