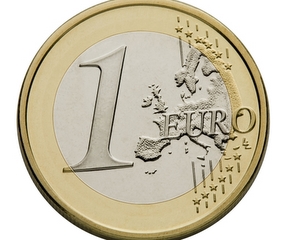 Slovakia Becomes the 16th EU member to adopt the Euro. File photo
In less than a fortnight, the number of European Union countries that share the same currency will grow to 16 with Slovakia joining the euro area.

Slovakia will adopt the euro on January 1, which will also be the 10th anniversary of the currency.

"The 1st of January 2009 will be a proud moment for the euro area but also for the EU as a whole as Slovakia becomes the 16th country to adopt the euro and the European currency celebrates its 10th anniversary. The euro has become the symbol of EU identity and is proving to be a solid and stabilising factor in currency markets both inside and outside the euro area,"said JoaquГ­n Almunia, European Commissioner for Economic and Monetary Affairs.

"I am delighted we will welcome Slovakia as the sixteenth member of the euro area. 2009 will begin with around 329 million Europeans carrying euro notes and coins in their pockets," Commission President, Jose Manuel Barroso, declared.

Commercial banks in Slovakia started receiving euro banknotes and coins in September and have been supplying them to shops and other businesses so that they can handle payments and return change in euro from the 1st of January.