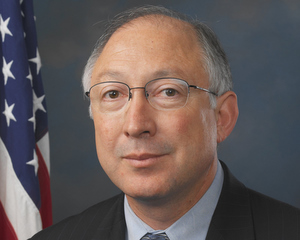 The US Senator from Colorado Ken Salazar is going to be Obama's Interior Secretary, according to the LA Times. Photo by salazar.senate.gov
The US President-elect Barack Obama is going to nominate the Democratic Senator from Colorado Ken Salazar as the Interior Secretary in his cabinet, the Los Angeles Times reported Tuesday citing unnamed senior Democrats.

The 53-year-old Senator Ken Salazar grew up on a ranch in southern Colorado. He is of Hispanic origin, and his family settled in today's New Mexico in the 1500s.

Salazar is an attorney with expertise in water law. He was elected Senator in 2004, at the same time Obama got elected to the US Senate.

He is known for voicing his concerns over several controversial energy projects in the western parts of the USA, including the opening of public lands for oil and gas drilling, and mining.

As head of the US Interior Department, Salazar will be in charge of the Bureau of Indian Affairs, the country's national parks, and the Bureau of Land Management, which manages resource extraction on public lands.