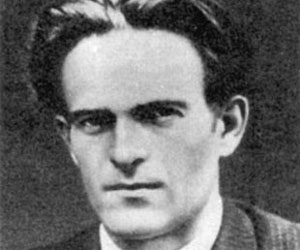 Maya Vaptsarova, who is also a writer and a movie director, spoke on the occasion of the Day of the Navy Military Academy in the Bulgarian Black Sea capital Varna. The Academy is named after the famous poet and sailor and celebrates their official holiday on December 7 - Vaptsarov's birthday.

"There are new poems, locked in a bank safe deposit box. We are awaiting the permission of their owner to open them and to reveal the poems. Those are verses written in the prison cell, shortly before my uncle's death. Eight poems are something very significant. I have seen them - the verses are truly unique," Vaptsarova said.

Vaptsarova further explained that the poems' publication was expected in 2009, when the country would celebrate the 100th anniversary of the poet's birth.

Nikola Vaptsarov was born on December 7, 1909 in the mountain town of Bansko. After high school he attended the Marine Machine School in Varna (the today's Navy Academy is the school's successor), and traveled as a sailor on the "Druzki" and "Burgas" ships, visiting Istanbul, Famagusta, Beirut.

Vaptsarov dreamed of studying literature, but because his family could not afford it, after graduating from the Marine Machine School, he held several blue collar jobs as a technician and mechanic.

In 1940, Vaptsarov began collecting signatures in the Bulgarian Southern mountainous Pirin region for the so-called "Sobolev Action" - a propaganda action lead by the then illegal Bulgarian Communist Party in support of the friendship and collaboration pact, offered to Bulgaria by the Soviet Union.

Vaptsarov was arrested over his activities and exiled in the village of Godech, near Sofia.

After the end of the exile, he initiated subversive activities against the German army in Bulgaria. The poet was arrested once again in March, 1942 and sentenced to death by shooting on July 23. He was executed the same night.

Vaptsarov's only book of poetry "Motor Songs" was published in 1940. In 1952 the poet received posthumously the honorary World Peace Prize.