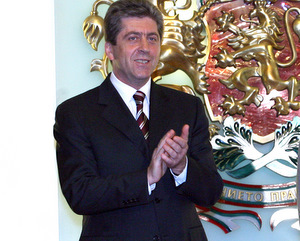 The site boosts itself as one of the most popular editions, focused on the Central Asian countries, that are former Soviet Republics.

In Uzbekistan such violation requires a fine between 100 and 300 minimum salaries or two years of community service.

On Wednesday, he author of the article Sergey Naumov, spoke in a special interview for the Darik radio, explaining that he had no pictures from the hunting, but was certain the incident had happened.

Naumov further told Darik that he had receive information from several of his private sources in Samarkand, Tashkent and other Uzbek cities, but declined to reveal them, citing the difficult situation in Uzbekistan and the danger such revelation would pose of the informers.

"This hunt was organized at the highest state level," Naumov declared.

Parvanov's press secretary explained before the Darik radio that during his entire visit, the President had followed the schedule and the agenda provided by his hosts and had been accompanied at all times by the Uzbek Prime Minister.