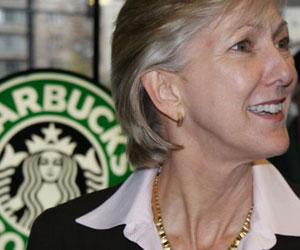 The coffeehouse is located on the corner of the Vasil Levski Blvd and the Gurko Blvd in the downtown of the Bulgaria capital - a spot formerly occupied by a Pizza Hut restaurant.

According to Yanis Kalfakakos, the Managing Director of the Starbucks franchise partner in the Balkans - the Greek Marinopoulos Coffee Company, the global financial crisis had not affect Starbucks' plans to enter the Bulgarian market.

Kalfakakos said the chain was ready to open one or two more Starbucks coffeehouses in Bulgaria every year, depending on the market demand.

Bulgaria's northern neighbor Romania could be seen as an example in this respect - the first Starbucks opened there in 2007, and already has six coffeehouses.

One more Starbucks coffeehouse will be opened in Sofia by the end of 2008. It will be located at the corner of the Vasil Levski Blvd and the Fritjof Nansen Street.