Melamine Found in More Food Products Made in China 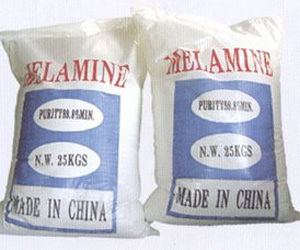 Japan's leading trading firm Mitsui & Co. said late Thursday that the company has recalled egg powder after detecting a small amount of melamine in it, Channel News Asia reported. Mitsui imported 20 tonnes of Chinese egg powder in September and some 0.4 tonnes of the egg powder have already been consumed. No health problems have been reported yet.

Meanwhile, two more products made in China have been withdrawn from sale in Australia after being found to be contaminated with the toxic chemical used in plastics.

In Italy, about a tonne of smuggled Chinese powdered milk was seized in the city of Naples. Authorities said it was also likely to be contaminated with melamine.