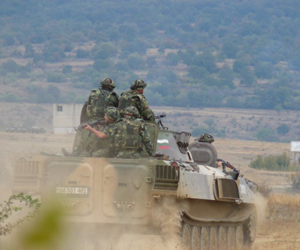 As part of the concluding ceremony the Bulgarian and US forces located at the Novo Selo Training Area in southeast Bulgaria will stage demonstrations of tactical military operations.

The Bulgarian Panther 2008, which started on September 1, aimed at increasing the compatibility between the two armies necessitated by the joint missions in Iraq and Afghanistan.

A total of 1200 soldiers are taking part in the drills including 300 from the Bulgarian party and 900 from the US joint operations forces in Europe.
Politics » Be a reporter: Write and send your article
Advertisement
Advertisement
Expats.bg All Are Welcome! Join Now!
More from Politics