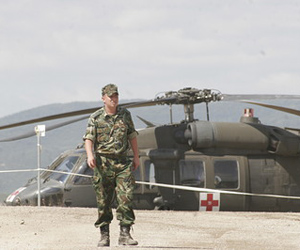 The NATO forces in Afghanistan are said to experience severe shortages in military transport equipment.

As a result, a special fund was created that will provide money for the renovation of older, often Soviet-made equipment as in the Bulgarian case, which could then be used by the NATO mission in the Central Asian country.

Meanwhile, the Commander-in-Chief of the Bulgarian Air Force General Simeon Simeonov is quoted as saying that the political leadership of the country had given green light to the long awaited purchase of new multipurpose military aircraft for the armed forces.

Bulgaria will select new fighters among Gripen, Dassault Rafale, Eurofighter, F-16, and F-18. The tender for the delivery of the new fight planes is expected to be initiated by the end of 2008 and the beginning of 2009.