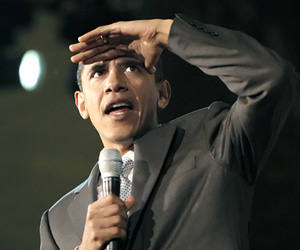 The Illinois senator leads the Arizona senator 53% to 43% among voters, a Washington Post-ABC News opinion poll found on Monday.

Experts say that voters trust more to Obama to guide them through the economic problems the US is now facing. According to the poll, 55 per cent call the economy the single most important issue in the coming vote.

Meanwhile, President George W. Bush's job approval rating has dropped to a record low of just 23 per cent, which is said to be below the lowest of Richard Nixon, forced to resign in 1974 over the Watergate scandal.