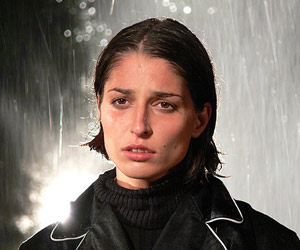 "Dzift" has won a total of six awards at the Festival, including the best actor award, the best cameraman award, the special jury award for film montage, the Bulgarian Film Critics award and the award of the "Nu Image Boyana Films" for best movie producers.

"Dzift" " has already won the Best Director award at the Moscow Film Festival and has been selected as the Bulgarian title to participate in the "Oscar" nominations.

The movie has also been nominated for the European Film Association awards. It will be several months before it becomes clear if "Dzift" is going to be nominated to compete in the "foreign film" category at the "Oscars."

In the upcoming months, the movie is going to participate in several prestigious international film festivals in Australia, Argentina, Sweden, Iceland and Germany.

"Dzift," featuring the actor Zahari Bakalov and model turned actress Tanya Ilieva is considered to be one of the best Bulgarian movies made during the last several years.

After the movie's success in Moscow, a US producing company has contacted the team with an offer to create an American version and remake of "Dzift."

"The movie offers an attractive and very unusual format. It is made with excellent taste and shows outstanding knowledge of movie history, free use of film tools of expression and a modern approach, appealing to the contemporary viewer', according to the Director of the National Film Center and renowned movie critic Alexander Grozev.

Grozev has also said the at least five other Bulgarian films, participants in the festival, have shown similar high qualities.

According to the tradition, the Festival is going to close Thursday evening with a free showing of the movie winner of the top prize.