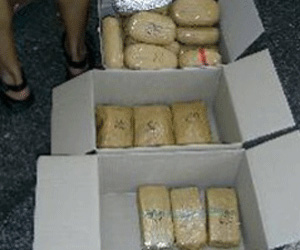 The narcotic was found in a parcel, which arrived from Argentina. The parcel contained a hydraulic pump, in which the cocaine was hidden.

Shortly after it captured the parcel, police arrested a 29-year-old Bulgarian citizen from Pazardzhik as part of the same operation. He has a criminal record, and is suspected of participating in organized crime group dealing with human trafficking and distribution of stolen cars.

The captured cocaine is worth about BGN 5 M if sold on the retail market in Bulgaria.