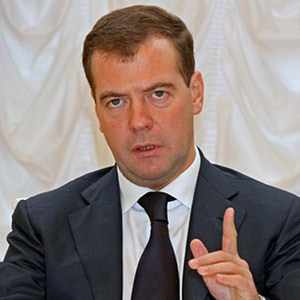 Medvedev announced his decision during a meeting with the Defense Minister Anatoliy Serdyukov and the Head of the General Staff of the Army Nikolay Makarov, Interfax reported.

The operation for "coercing the Georgian side into making peace" was ended after a report of the Defense Ministry made it clear the goals of Russia's military operation was achieved.

"The security of our peacekeeping forces and civilian population has been restoren. The aggressor has been punished and has suffered significant losses. Its armed forces are disorganized", the Russian President is quoted as saying.

Medvedev has also ordered the Russian to destroy immediately the enemy in case of any new acts of aggression on part of the Georgians. He commended the Russian troops for their successful performance during the conflict.

Representatives of the Russian General Staff have explained that the ceasefire did not mean that no military operations of other type would take place in South Ossetia such as intelligence work.

The Deputy Head of the General Staff General Anatoliy Nogovitsyn has too made it clear the Russia forces would respond adequately if the Georgians break the ceasefire in any way.