Airport in Northeast Bulgaria City of Turgovishte to Be Reopened 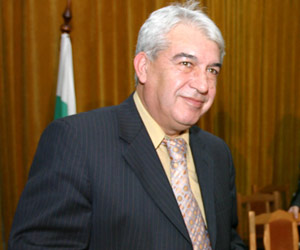 The Mayor of the city of Turgovishte Krasimir Mirev announced Friday the local airport would be reopened in two years. Photo by Kameliya Atanassova (Sofia Photo Agency)
The airport in the northeastern Bulgarian city of Turgovishte will be rehabilitated and reopened in two years with a project that has already been approved by the Ministry of Transport.

The news was announced Friday by the Mayor of Turgovishte Dr. Krasimir Mirev, who explained the project for the reopening of the local airport would be executed in cooperation with the Airport in the city of Plovdiv, and would cost about BGN 2,5 M.

The airport was closed down about a decade ago, and its tracks are all covered in grass, and the windows of the tower, and of the adjacent buildings had been broken by marauders.

The Turgovishte Airport will initially be used for the landing of small charter planes, and then for cargo flights for all of northeast Bulgaria.