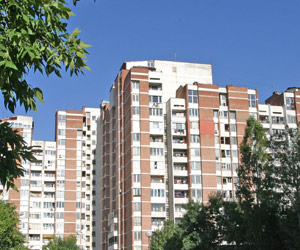 Residential property prices in Bulgaria have continued to grow. Photo by Nadya Kotseva (Sofia Photo Agency)
Bulgaria's National Statistical Institute announced Wednesday that the apartment prices in the country had grown 5,9% in the second quarter of 2008.

The highest growth in apartment prices was recorded in the southwest city of Kyustendil - almost 15%. On the other pole, the prices in the northeast city of Turgovishte even declined by 2,9%.

Plovdiv ranks sixth with BGN 1491 per square meter but with a growth of 13,2% over the last quarter, which shows a further potential for growth.