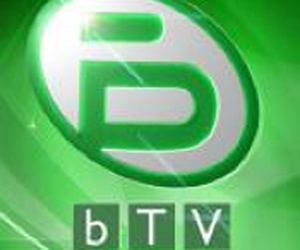 The news for the sale of bTV has been confirmed by its Managing Director Viki Politova. The exact sale price of Bulgaria's largest private national TV will not be known for a few weeks.

News Corporation has hired the investment bank Lehman Brothers to evaluate its three TV stations in Eastern Europe - bTV, TV Riga in Latvia, and Fox Televizija in Serbia, and some time will be needed to complete the report.

According to data from the people-metric agency TV Plan/TNS, bTV's gross advertising profit has been almost BGN 1,4 B since its launching in June 2000.

The Trud Daily also reports that a minority share of 30% of Bulgaria's second largest private national TV channel Nova TV will also be sold by its owner, the Greek company Antenna Group. However, the news has not been confirmed.

Another TV channel in Bulgaria is also allegedly on sale. According to the Bulgarian paper Pari Daily, the cable television TV2, which was launched in November 2007 might be sold for EUR 120 M to the Central European Media Enterprises Company owned by the US tycoon Ronald Lauder, who is also the owner of the cosmetics company Estee Lauder.

According to the Pari Daily, the unofficial owner of TV2 is the Bulgarian advertising businessman Krasimir Gergov. Gergov is the Chair of the Association of Advertising Agencies, the Bulgarian Golf Association, and the National Tourism Board. He is also a consultant for Balkan News Corporation, a subsidiary of Murdoch's News Corporation, and owner of bTV and the cable channels GTV, Fox Life, and Fox Crime.

The Pari Daily reports that according to unofficial information Krasimir Gergov also owns 10-15% of bTV.