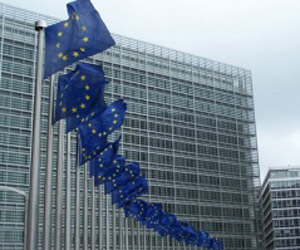 Spain has become the 23th country to ratify the Lisbon Treaty. File photo
The upper house of the Spanish parliament ratified the Lisbon Treaty on Tuesday after the Deputy Congress gave its approval with a large majority.

The Senate's ratification makes Spain the 23th out of 27 member countries to back the document.

The Lisbon Treaty, which is designed to improve the EU's decision-making process, needs to be ratified by all of the bloc's 27 member states.

The treaty was designed to replace the EU constitution, which was rejected by French and Dutch voters in 2005.

Ireland, the only country to hold a referendum over the Lisbon Treaty, rejected it with 53.4 percent of the voters saying "no."

On Tuesday French president Nicolas Sarkozy commented that Ireland would have to hold a second referendum on the new EU treaty after last month's rejection.

Mr Sarkozy, who took over the EU presidency on July 1, travels to Dublin on Monday aiming to come up with a solution to the crisis sparked by the Irish result.