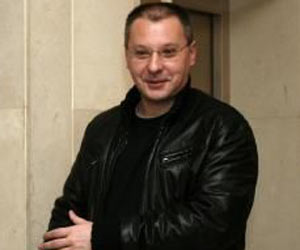 Stanishev, who is 42, is placed one position before the 43-year-old Russian President Dmitriy Medvedev, who is ranked tenth.

The first place in the ranking is for the 28-year-old king of Bhutan Jigme Wangchuck. He is followed by Dominica's Prime Minister Roosevelt Skerrit (36 years old), and the President of the Democratic Republic of the Congo Joseph Kabila (37).

Macedonia's Prime Minister Nikola Gruevski, who is 38, is fourth. The fifth place is for the President of Nauru Marcus Steven (39), the King of Swaziland Mswati III (40), Georgia's President Mikhail Saakashvili (41), and the President of Togo Faure Gnassingbe, who is 42 and exactly one month younger than the Bulgarian PM Stanishev.

Foreign Policy points out that the Bulgaria's Prime Minister often shows his young and crazy side.

It reminds that in 2002 Stanishev headed to the meeting of his Socialist Party on Mount Buzludzha in the Balkan Mountain on his motorbike wearing a shirt, which read on its back: "If you can read this, then Elena must have fallen somewhere along the way".