Bulgaria President: Obligatory Voting Might Give Birth to Political Monsters 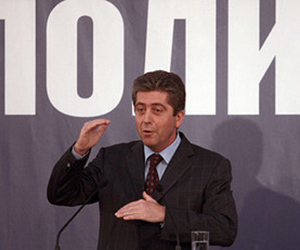 The Bulgarian President Georgi Parvanov said in his concluding remarks at Monday's electoral reform debate that obligatory voting could giver rise to "political monsters". Photo by BGNES
Bulgaria's President Georgi Parvanov said at the end of Monday's discussion of the proposed electoral system reform that he himself initiated that he was firmly against the introduction of obligatory voting.

In his words, such a measure could lead to the creation of "political monsters" as the voters would try to find ways to protest against being force to vote.

"At this point we need to win people with policies, not through forcible and administrative action", the President said warning the politicians would not be able to tackle the consequences of such a measure for decades to come.

Parvanov pointed out the point of the whole debate was to find a solution for the curing of the parties and political system in Bulgaria, because in the last parliamentary elections the winner received only about 450 000 votes.

He stressed the negativity of this trend, and made it clear that the parties should seek a way up from the bottom that they had reached.

After the five-hour long debates, however, the President discovered the support for the introduction of greater majority representation in the political system was waning. He admitted that even the Bulgarian Socialist Party, whose leader he was before becoming President, had stepped back from its former position on electoral reform.

Parvanov also concluded that the political parties and the other participants in Monday's forum were unable to reach a consensus on the introduction of majority representation. In his words, the idea had many proponents but no one was willing to step in and assume the political responsibility for its realization.