Bulgaria to Open Procedure for Construction of New Thermal Plant 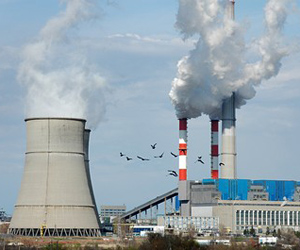 The government made the decision for the construction of the new plant of about 600-700 MW in June 2007 but the exact site became clear during Prime Minister Sergey Stanishev's visit to the United States this week, the Bulgarian newspaper Trud Daily reported.

Bulgaria's Minister of Energy and Economy Petar Dimitrov confirmed Saturday before the Bulgarian private Darik Radio that an American company was ready to invest in the construction of new thermal plant in the Martitza East Complex.

The tender procedure for the new unit will be carried out by the state-owned company Maritza Iztok Mines.

The three private electricity distribution companies in Bulgaria - the Czech CEZ, the German E.ON, and the Austrian EVN, as well as the Bulgarian businessman Hristo Kovachki are reported to be interested in the future investment.

During his visit to the USA, the PM Stanishev vowed that the bidding for the new energy project would be completely transparent and that anyone would be able to submit an offer.

On Saturday the Bulgarian Energy and Economy Minister also confirmed that American companies had expressed their interest in investing in the construction of new units in the Kozloduy Nuclear Power Plant.