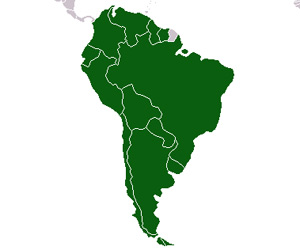 The organization called UNASUR is seen as many as bearing many similarities to the European Union but still far from achieving such a level of cohesion.

South American leaders disagree over a number of issues including plans for a South American Defense Council opposed by Colombia, and bringing the already existing regional organizations Mercosur and the Andean Community under the UNASUR, the Washington Post reported.

The region's relations with the US are also a matter of contention especially between the Venezuelan leader President Hugo Chavez, who is cited as saying that the number one enemy of the union of the south is the empire of the United States, and the US-allied Colombian President Alvaro Uribe.

The diplomatic issues between the two countries involve the allegations of Venezuelan funding for the Colombian FARC rebel group.

Yet, in the words of the Brazilian President Luiz Inacio Lula da Silva, the move showed that South America was becoming a "global player".

The twelve members of UNASUR together have the fifth largest GDP in the world, and a population of 361 million, ranking fourth after China, India, and the EU.

UNASUR will have a revolving presidency and bi-annual meetings of the foreign ministers.