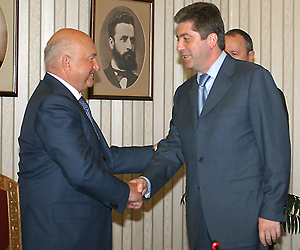 Luzhkov opened a discussion on the development of small and medium-scale businesses at the House of Moscow in Sofia, in which Bulgarian and Russian businessmen took part.

The mayor also visited an exhibition in the National Museum of Military History related to the contribution of Moscow and its people to Sofia's revival after the end of the Ottoman rule.

In the afternoon, Luzhkov met Bulgaria's President Georgi Parvanov and in the evening he is to attend the spectacle of Russian Folk Dance Ensemble "Igor Moiseev" at the National Palace of Culture along with his counterpart Boyko Borisov.

The Days of Moscow in Sofia is part of the Year of Russia in Bulgaria project, as the event features a series of public, political and cultural meetings.