Bulgaria PM Speaks in Parliament about Customs and Corruption 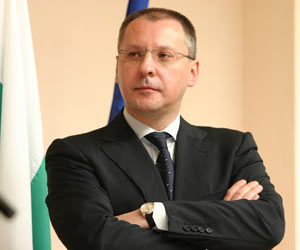 The Premier based his statement on a finding of the European Commission revealing that the fight against corruption at the Bulgarian borders continues to yield good results.

Stanhishev admitted, however, that corruption in Bulgaria was a serious problem, existing on each society level.

The Prime Minister stated in front of the Parliament that after January 1, 2007 about 54% of the land Customs stations in the country have been closed.

He also gave an account of 23,350 Customs' violations for the period 2006-2007 with 14,000 of them considered serious and dangerous. His account revealed that 2,7 tons of narcotic drugs, including heroin have been caught at the Bulgarian borders as well as 2,086 counterfeit goods.

Stanishev voiced his opinion that corruption cannot be prevented solely with the efforts of the Parliament and the Executive power. He underlined the importance of the legal system for the success of this fight. According to him, the legal system in Bulgaria still appears alienated from the problems corroding the country.

The Premier reminded the members of the Parliament that the introduction of a bill regulating the conflicts of interest at the higher levels of the government is forthcoming and will affect ministers, Parliament members, magistrates and members of the municipal administration.

Stanishev also stated that he is not yet satisfied with the fight against organized crime in Bulgaria.