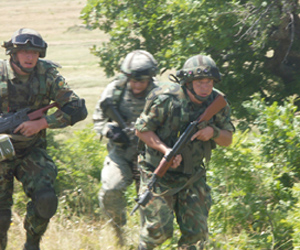 Most of these funds will be spent for the procurement of foods and other services necessary for the logistics of the US soldiers during their stay in Bulgaria.

This became clear after a public discussion on the US-Bulgarian military cooperation, which took place Friday in the city of Yambol, sliveninfo.com reported.

The discussion, which took place in Military Club in Yambol, was organized by the NATO Defense College Anciens' Association in Bulgaria. It was attended by high-ranking officials from the US Embassy in Sofia, and the US Office for Bilateral Military Cooperation, by top Bulgarian military officers and officials.