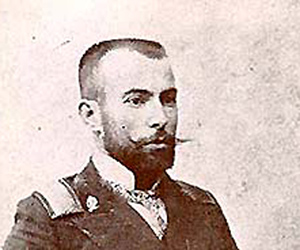 The issue of Misirkov's diary is a joint project of the State Archive of the Republic of Macedonia, and Bulgaria's State Archives Agency. It includes the period between July 5th and August 30th in 1913, when Misirkov resided in Odessa (today in the Ukraine).

The 381-page diary was found in a Bulgarian antique shop in 2006, and its authenticity has been verified by Bulgarian and Macedonian experts. It is written in Russian, and presents the author in a way contrary to the ideology that he promoted during certain periods of his life.

The diary reveals Misirkov saw himself as a Bulgarian, thus disproving the claims of Macedonian historians about his Macedonian identity.

In his review of the edition, the Macedonian Professor Vlado Popovski interprets the writings in Misirkov's diary in 1913, right after the Second Balkan War, as follows:

"Misirkov presents Bulgaria as a martyr who bore the burnt of the war against the Ottoman Empire... he includes not only Thrace but Macedonia as well in the Bulgarian national unification projects, justifies the Bulgarian claims in Macedonia, and calls the Macedonians "Macedonian Bulgarians"... Misirkov recommends that Bulgaria work the autonomy of Macedonia as a prerequisite towards unifying with it."

Popovski points out, however, that the pro-Bulgarian orientation was useful for Macedonia because the European powers would not support its independence.

The Macedonian newspaper Utrinski Vesnik quotes another Professor, Gane Todorovski, as saying that Misirkov's "oxymoronic self-declaration as a Macedonian Bulgarian ... is just a complementary and administrative inert legitimating".

Yet, Todorovski salutes the issue of Misirkov's diary as a triumph in the bilateral relations, and stresses that many of the most important documents about Macedonia's history were in the Bulgarian archives.

Kraste Misirkov was born in 1874 in Pella, presently in the Greek part of Macedonia, and died in Sofia in 1926. His ethnicity has been disputed by Macedonian historians because at different points in his life he declared himself either Bulgarian, or Macedonian.

Misirkov's most important work is the brochure "On Macedonian Matters", which appeared in 1903. He was a respected public figure and journalist in early 20th-century Bulgaria, and when he died, he was still the Director of a high school in the Bulgarian city of Gabrovo, with the Bulgarian government paying for his funeral.

Misirkov's oscillations between his Bulgarian and Macedonian identities has fueled-long-lasting disputes about his actual identity. Some authors claim his attitude was explained by the fact that he was an agent of the Bulgarian intelligence, which had tried to inculcate him into the Serbian and Russian secret services.