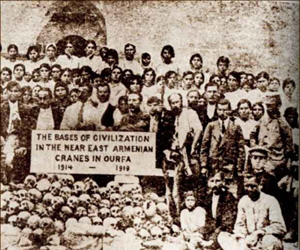 "With the adoption of this declaration, the city counselors proved their responsibility and their compassion to the universal human values, and demonstrated their civic consciousness and morals", announced the representatives of the nationalist Ataka party, which initiated the voting of the declaration.

Ataka expressed its hope that similar declarations would be adopted by the city and town councils around the country. These declarations should be treated as a kind of referendum, with whose decisions the Bulgarian government and parliament would have to comply.

The city of Burgas already approved a declaration recognizing the Armenian genocide at the end of February. This lead to a harsh reaction on part of the Turkish city of Edirne, which terminated all common projects, and severed all connections between the two cities.