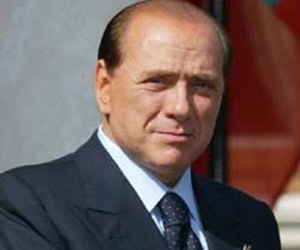 After two years in opposition, Berlusconi is expected to return to Rome on Tuesday although for procedural reasons he is unlikely to be appointed prime minister before early May.

Mr Berlusconi hopes to finalise his cabinet team within the next few days but warned Italians they would face deep economic problems that must be solved.

Berlusconi has also pledged to cut taxes and reduce public debt, as well as work towards liberalising the economy.