Obama Calls for Dialogue with Iran 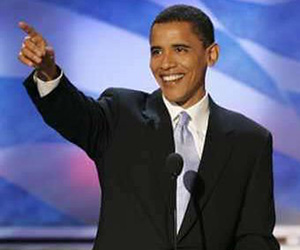 The US Democratic presidential nomination candidate Barack Obama called for starting a diplomatic dialogue with Iran to help end the Iraq war. Photo by sodahead.com
The Illinois Senator and candidate for the Democratic Party nomination for the 2008 US Presidential Elections Barrack Obama called for the opening of diplomatic dialogue with Iran, the Iranian Press TV reported.

"I do not believe we are going to be able to stabilize the situation without them... we should be talking to them as well," the Illinois Senator said regarding Iran.

Obama made the remarks during a hearing at the Senate Foreign Affairs Committee of the commander of US forces in Iraq, General David Petraeus, who presented a progress report on Iraq.

Petraeus stated earlier that Iran had a destructive role in the region by supporting the Shiite militias in southern Iraq, who fight the US troops and the Iraqi security forces.