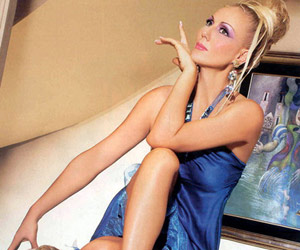 Lepa Brena is expected to arrive in Bulgaria on her private jet to thrill admirers after more than 17 years since her last concert in the country.

In 1990, on the national stadium Vasil Levski, Lepa Brena gathered more than 100,000 exalted fans. The concert has been recognized as the biggest one in the history of Bulgarian, as well as Serbian show business.

Lepa Brena, whose real name is Fahreta Zivojinovic, is the most successful singer of the 1980s in former Yugoslavia, being the first to combine traditional folk music with pop elements.