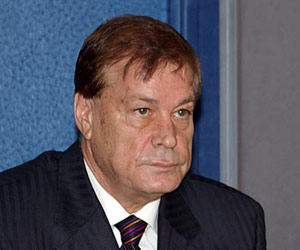 Chaushev's birth certificate was revealed to be missing by an investigation of the Bulgarian National Television (BNT) at his birthplace - the village of Ribino, Krumovgrad Municipality in southern Bulgaria.

The whole folder about people born in 1944 in the village of Ribino recently disappeared under mysterious circumstances from the village registers, BNT discovered.

The archives still keep, however, his military ID issued to the medical orderly instructor Petar Chaushev.

The municipal authorities in Krumovgrad are totally confused about the names of the former Deputy Foreign Minister. They explained his original registry documents must be kept in the village of Tokachka, where Chaushev worked as a medical orderly before he went to Moscow to study there.

The Secretary of the Mayor's Office in the village of Tokachka explained that in 1952 when the family registers were compiled there was an order to make it so that there were not too many people with the same names.

He explained there were many people called Yuseinov and Mehmedov, and that they were instances when one would withdraw money from the bank account of another person who had the same name.

Chaushev's mother is 90 years old, and lives in the nearby city of Kurdzhali. She does not speak any Bulgarian, and her relatives do not tell her what is going on with her son.