5000 Protest in Skopje over Macedonia Name Dispute with Greece 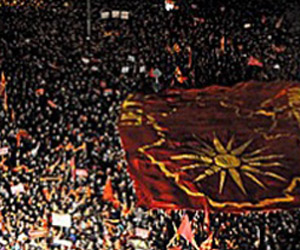 According to protesters, Macedonia should stop any negotiations with Greece over the name issue, which was actually absurd and could not threaten security in any way, France Presse reported.

At the same time Greece vows to veto Macedonia's effort to join NATO unless a solution is reached, saying the name issue is a vehicle that aims at annexing the northern Greek province of Macedonia.

Representatives at the United Nations from Greece and Macedonia are to meet in New York on Friday, to continue negotiations.