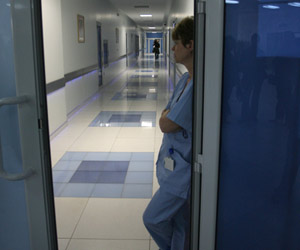 The MPs decided that a total of 64 hospitals of national significance across the country would remain banned for privatisation. The government is yet to decide on the way the rest of the Bulgarian hospitals are sold out.

The privatisation contracts would oblige eventual buyers to keep the hospitals working as medical institutions for a period of 15 years, healthcare minister Radoslav Gaydarski announced.

According to Gaydarski, the term is enough to see if a particular hospital is needed in a region.

In September, Bulgaria's government vowed to come up with a new strategy for the crippled health care system by introducing the market principles, thus making it possible for hospitals to be granted on concession and bring on a par the private and state-owned hospitals.