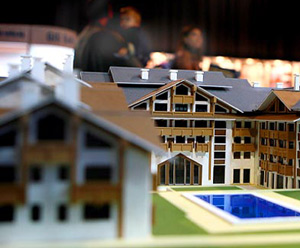 The study carried out by Global Property Guide (GPG) said Bulgaria saw the world's strongest house price growth at 30.6% (15.4% in real terms) to end-Q3 2007 from a year earlier.

Shanghai came in second, despite efforts by the Beijing government to cool the market. House prices there rose by 27,85 percent in 2007.

The survey, which provides information for potential property investors, says that while the housing market gained momentum in the Asia-Pacific region, it slowed in Europe and "crashed" in the US.

In Europe most countries registered unimpressive y-o-y house price changes in 2007, aside from Norway and Estonia, the survey shows.

Ireland's house price plunge continued, with a 4.68% y-o-y drop to October 2007. When adjusted for inflation, the drop is more pronounced at 9.1%. The Irish housing market is vulnerable to interest rate changes, as 85% of mortgages are variable rate, GPG comments.

The Baltics performed quite well in terms of house price changes from a year earlier, but the latest quarterly data presents a picture of a region whose housing markets are in trouble.

Norway's housing markets are showing signs of nervousness, despite a strong performance this year. The house price index for the entire country increased 11.6% y-o-y to Q3 2007 (11.9% in real terms due to slight deflation). However, prices in the metropolitan area of Oslo-Baerum fell 0.5% from Q2 to Q3 2007.

House prices in Italy and Greece have also cooled. Mortgages in these markets are predominantly based on variable interest rates.

Although mortgages in Denmark, France and Germany are mostly based on fixed interest rates, their housing markets have nevertheless cooled. Other European countries which experienced house price slow downs are Sweden, Poland, Finland, Netherlandsand Switzerland.