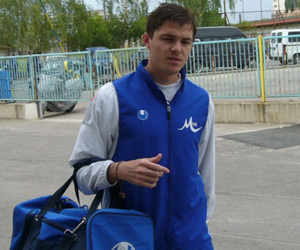 Levski financial director Konstantin Bazhdekov has refused to comment the reports, but Bulgarian sports website Gong claimed a Blackburn representative was due to arrive in Bulgaria this week.

Unlike with teammate Nikolay Dimitrov, who is on trial at Arsenal starting from Monday, Blackburn are ready to hold talks outright, Gong claimed.

Domovchiyski, 21, is seen as one of Levski's top youngsters and chairman Todor Batkov has reportedly rebuffed an EUR 2,5 M approach from PSV Eindhoven in the past.

He has also won three senior caps for Bulgaria and has attracted interest from abroad, most recently last month from Newcastle.