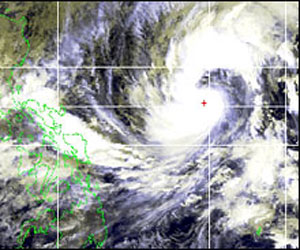 The organisation said that in comparison to last year there has been an increase of 20 percent in the number of natural disasters, most of them weather-related.

As of 10 October 2007, the organisation had already recorded 410 disasters, 56 percent of which were weather-related, which is consistent with the trend of rising numbers of climate change-related disasters, says the annual World Disasters Report.

The report also shows that natural disasters hit 270 million people every year, while in the previous decade the figure was 240 million. The number of deaths caused by disasters has doubled to 1,2 million people.

Currently the UN holds a climate conference on the Indonesian island of Bali, attempting to reach agreement on reducing CO2 emissions that cause global warming.