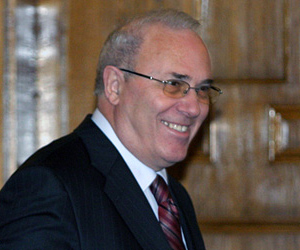 Despite lobbying from French president Nicolas Sarkozy, who visited Bulgaria two months ago, the cabinet decided it did not have the money to pay for the deal.

The four corvettes would have cost Bulgaria EUR 780 M, although their maker, French firm Armaris, was ready to offset the costs with equal-sized investment in the Varna shipyards, which would have been used as a subcontractor for future Armaris deals.

Instead, Bulgaria will buy three upgraded ships from Belgium, which will set it back by only EUR 54 M, payable over eight years, Bliznakov said.

The cabinet made the decision on Thursday, although there was no motion in that sense on the meeting's agenda, published on the cabinet website.

Although the minister added that Bulgaria could still be interested in a deal for Gowind vessels several years down the line, it appears unlikely that Armaris would wait that long to pick a subcontractor in eastern Europe.

Two years ago, Bulgaria bought another upgraded second-hand frigate from Belgium for EUR 23 M, renaming it from Wandelaar to Drazki (Intrepid).

Bulgaria has to modernise its armed forces in line with NATO standards, having joined the organisation in 2004, but so far has made little progress towards that goal.

The defence ministry will receive BGN 110 M as an additional budget allocation for this year to spend on military equipment, including Cougar helicopters, Spartan transport jets and upgrading its Russian-made MiG-29 fighter planes to NATO standards.

As part of that spending spree, Bliznakov signed a deal to buy seven armoured vehicles for BGN 14 M from Textron Marine&Land Systems, which will be used by Bulgaria's 400-strong unit in Afghanistan.