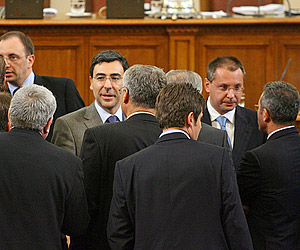 The country's flat tax rate will be the lowest in Europe and among the lowest in the world, down from a progressive rate with three income brackets that currently ranges between 20 and 24 percent.

The amendment proposed by the cabinet triggered fiery debates when it hit the parliamentary floor.

In a country where the shadow economy is estimated at 30-40% the flat tax system is the only way to make oligarchs and rich Bulgarians pay their taxes, former PM Ivan Kostov and leader of rightist Democrats for Strong Bulgaria (DSB) party struck back.

Since Estonia accepted a flat tax system in 1994 enjoying stable GDP growth, Eastern European countries have been attracted to the flat tax that promises to attract foreign investments and increase transparency.

Slovakia, Romania, Albania and many former Soviet republics have all adopted a flat tax.