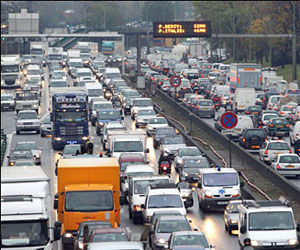 The disruption of trains and the Paris transport system continues although national rail operator SNCF have said more trains would be running and union leaders claimed some progress has been made in the talks, BBC reported.

As the talks began on Wednesday acts of sabotage, including fires, caused huge delays to TGV services.

President Nicolas Sarkozy called for those who caused the damage to be punished with "extreme severity".

The strike against pension reforms has caused havoc for millions of commuters across France and was costing France up to EUR 400 M a day.