Cash-Strapped Minister: Rains to Cause More Tragedies in Bulgaria 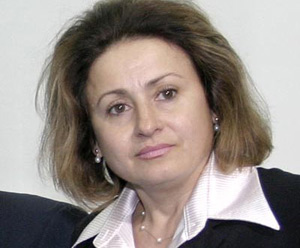 "We do not have the financial resources to cope with the problem. Floods will continue to cause tragedies in Bulgaria," Emel Etem said in the morning broadcast of private TV channel bTV. That was her first public appearance after Sunday's rains that flooded homes, claimed two lives and left hundreds of people in need of emergency aid.

"We are not ready for such a challenge. There is no money and there is lack of coordination between different departments within the government", said Emel Etem, who came this week under fire for failing to solve the crisis.

She added that there will be no budget financing for infrastructure improvement for 2008.

The emergency minister said also that municipalities must do their job and stressed they can already apply for European financing.

Etem clarified that the two-year work of the current ministry on coping with the floods consists mainly of instructing municipalities to unclog river beds.

This is the second time this year that Bulgarian authorities are facing an uphill battle in the wake of downpours following the floods that swept northeastern Bulgaria at the beginning of August.

The downpours claimed the lives of eight people and damaged thousands of homes in the worst-hit town of Tsar Kaloyan.