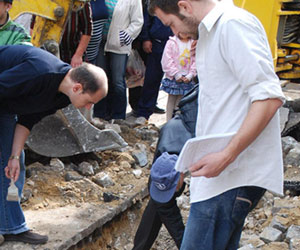 The graveyard was discovered in a region known as the Odessos necropolis and contained the skeletons of a 30-year-old woman and a man, who are believed to have been a poor family.

An ancient coin was found, which is believed to have been put under the tongue of the dead man. He was to give the coin to ferryman Charon to transport his souls across the river Styx into the underworld.