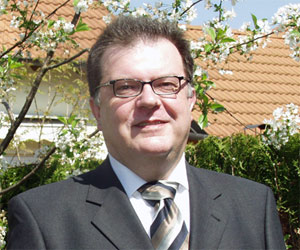 The scientist, who is based at the Fritz-Haber Institute at the Max-Planck Society in Berlin, received the award on his 71st birthday.

"This is the best birthday present you can give to somebody," the winner said.

Professor Ertl created a methodology for surface chemistry by demonstrating how different experimental procedures could be used to provide a complete picture of a surface reaction.

The Nobel Committee said Professor Ertl had "founded an experimental school of thought by showing how reliable results can be attained in this difficult area of research".

"His insights have provided the scientific basis of modern surface chemistry. His methodology is used in both academic research and the industrial development of chemical processes," the official statement reads.

The Nobel Prize is an international award administered by the Nobel Foundation in Stockholm, Sweden.

Every year since 1901, it has been awarded for achievements in physics, chemistry, physiology or medicine, literature and for peace.