Reporters: Girl Pictured by Tourist in Morocco Is not Missing Madeleine 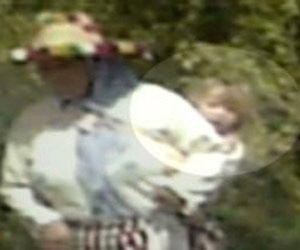 The journalists claim to have traced the girl, pictured being carried on a Moroccan woman's back.

Experts have been examining the photo, taken three weeks ago by a Spanish tourist but Rashid Razaq, a London newspaper reporter, said he had seen the youngster in the picture.

"She has got a resemblance to Madeleine but when you see her properly, it is obvious it isn't her," Razad explained.

He added the girl in the picture was five-year-old Bushra Binhisa, daughter of an olive farmer.

A Spanish reporter who also claims to have looked for the girl in the photo says she is a Moroccan of Berber origin. He told the BBC he found her by showing the photo to villagers, who identified the family.

The four-year-old victim vanished from the apartment room at the Portuguese Praia da Luz resort on 3 May while her parents were eating with friends at a nearby restaurant.

The family maintains Madeleine was abducted and has campaigned internationally to secure the safe return of their daughter, including having a meeting with Pope Benedict XVI and securing support from football star David Beckham.
World » Be a reporter: Write and send your article
Advertisement
Advertisement
Expats.bg All Are Welcome! Join Now!
More from World