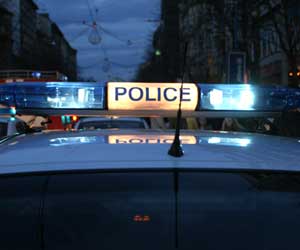 Photo by Yuliana Nikolova (Sofia Photo Agency)
A 58-year-old man shot his neighbour dead before turning the gun on himself in Bulgaria's village of Plazovets on Thursday.

Police found a letter, where the killer explained the reasons for committing the crime but its content has not been revealed yet. It is only known that the message informed about shooter's evil intentions.

The murderer was living in a house, owned by a relative of his, and the victim, 43, performed some repair works in a neighbouring building. The two often quarrelled over everyday problems, neighbours said.

The dead bodies were discovered by a woman, who went to take her dog for a walk.

The weapon used in the shooting was a self-made gun, the officials reported.

The case is still under investigation.